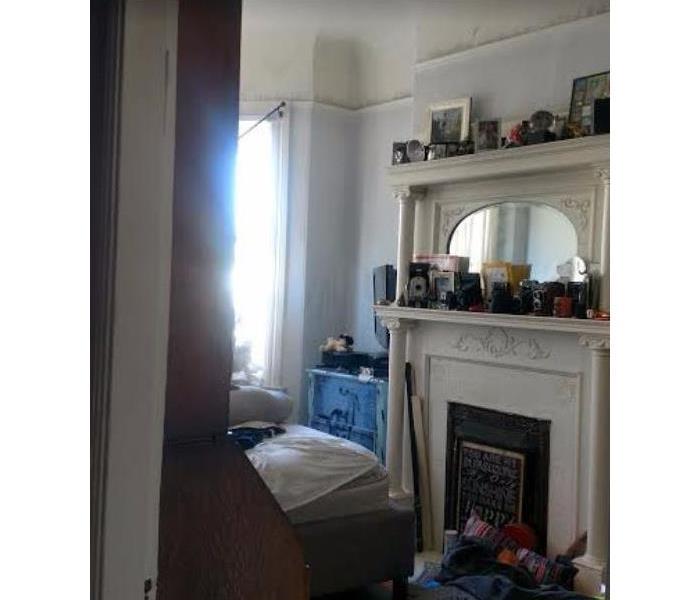 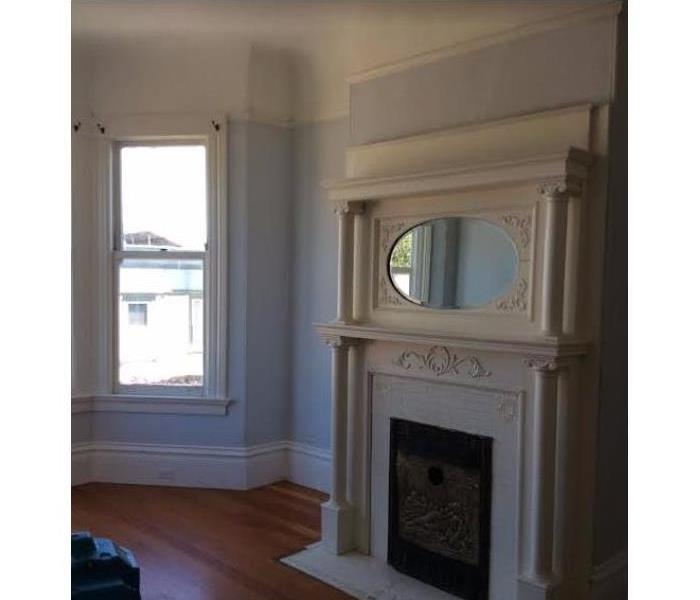 The before photo was the aftermath of a smoke damage from a fire that started in the bathroom due to a faulty wiring.  After fire fighters had left, there was a considerable amount of smoke and soot damage to the entire home and water damage to the unit below.  The ceiling, walls and contents were covered with particles of smoke and soot damage. SERVPRO of Lafayette/Moraga/Orinda technicians removed non-salvageable materials and diligently scrubbed and cleaned all affected materials.  They also used air scrubbers which is a portable filtration system that draws air in from the surrounding environment to remove particles, gasses, chemicals and other contaminants.  Once the job was complete, the homeowner was very pleased with the result.