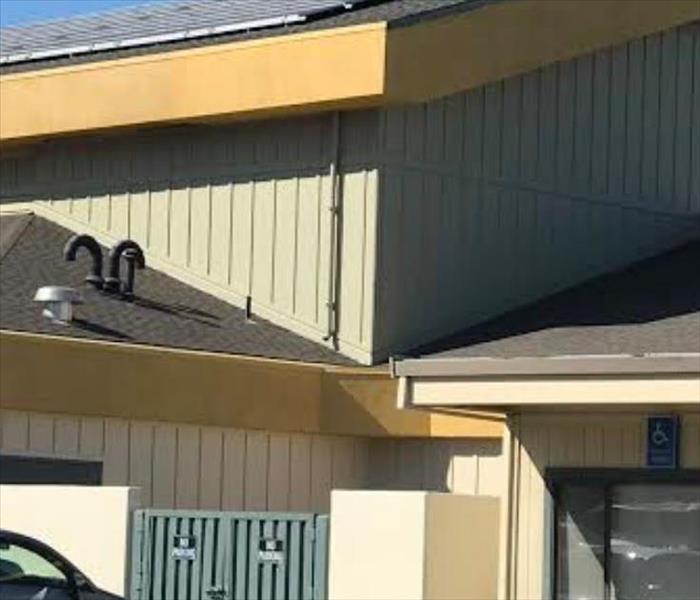 The before photo was the aftermath of a fire damage at middle school in Larkspur, CA.  The fire started in a dumpster outside of the gymnasium, reaching the eaves of the roof.  About 200 square feet of the building was affected.  Fortunately, firefighters arrived on scene quickly, and they were able to extinguish the blaze within a few minutes.  No injuries were reported.  The fire caused only exterior damage, but there were also water damage in the interior of the building after the fire had been put out.  As you can see on the before photo, there was tremendous amount of smoke and soot damage.  Our technicians quickly extracted the water and dried the structure to prevent secondary damage.  They diligently scrubbed, cleaned, and deodorized the smoke and soot damage before reconstruction was performed.  Our customer was extremely pleased with how quickly we were able to complete the job and make disasters, “Like it never even happened.”